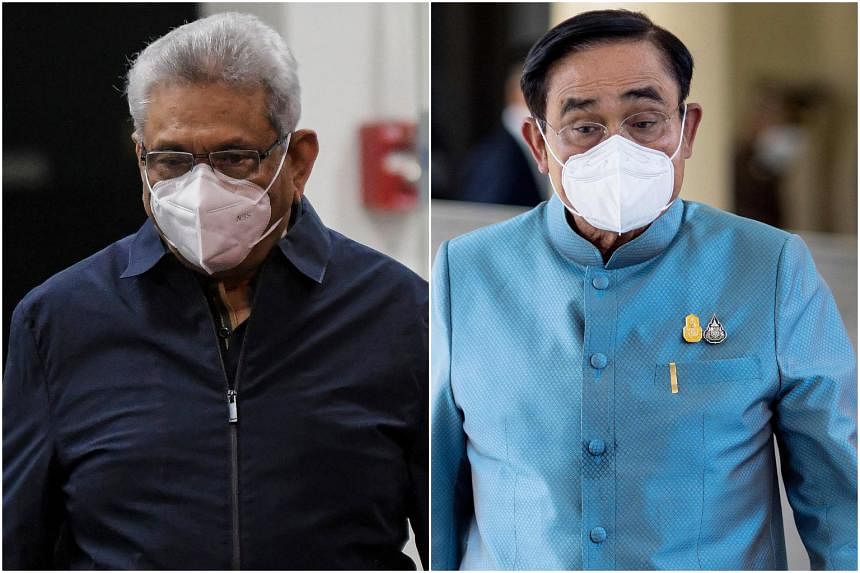 BENGALURU – When former Sri Lankan president Gotabaya Rajapaksa was hiding out in Thailand in August after citizens at home booted him out for precipitating a devastating economic crisis, he must have watched as one by one, other Asian leaders fell.

In Bangkok, where Mr Rajapaksa stayed in an unknown location, the Thai Constitutional Court suspended Mr Prayut Chan-o-cha on Aug 25 to consider a case seeking to limit his term as prime minister.