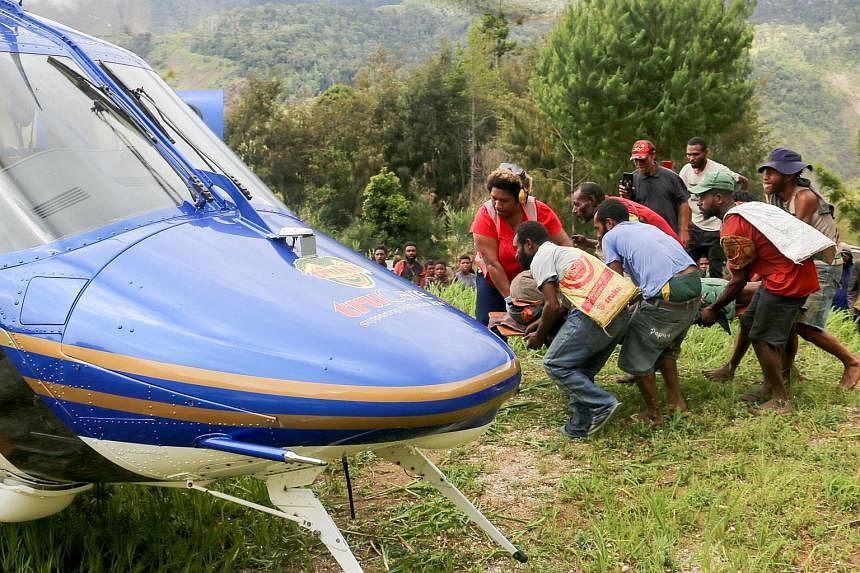 PORT MORESBY – The death toll from a massive earthquake in Papua New Guinea rose to seven on Monday and is expected to grow as rescuers begin to reach remote landslide-hit communities.

Police Commissioner David Manning said the victims of Sunday’s 7.6-magnitude quake had been found across the central north of the country, where there is widespread damage to homes and infrastructure.

“The tremors caused damage to buildings and public roads” he said, adding “a number of landslides were triggered”.

Three alluvial miners were buried alive near the settlement of Wau and four people died in locations across Morobe and Madang provinces, Manning said.

University of Goroka buildings were badly damaged and “there are reports of injuries to students on the campus and they have been admitted to hospital”, said Manning.

Missionary groups and private aviation firms have been trying to reach isolated communities and airlift the injured to safety.

Aerial reconnaissance by the Mission Aviation Fellowship indicated “visible slides in the Nankina area and that some are still actively slipping”, according to the UN’s Papua New Guinea Disaster Management Team.

Many people are feared to have been displaced but early on-the-ground assessments have been sketchy.

According to a UN assessment, the earthquake damaged the Ramu hydropower plant “resulting in a total system outage across the Highlands provinces, Madang, and Morobe”.

“There will be major interruptions to power going forward,” Quagliata said.

An undersea cable linking the regional capital Madang to Port Moresby was also affected by the quake, as was a link between Madang and Sydney.

Parts of the vital Highlands Highway, which connects several of Papua New Guinea’s main cities, have been damaged.

However, regional airports in Goroka and Lae-Nadzab remained open with no damage reported, according to the United Nations.